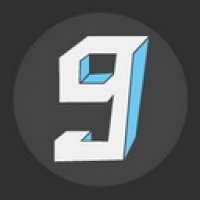 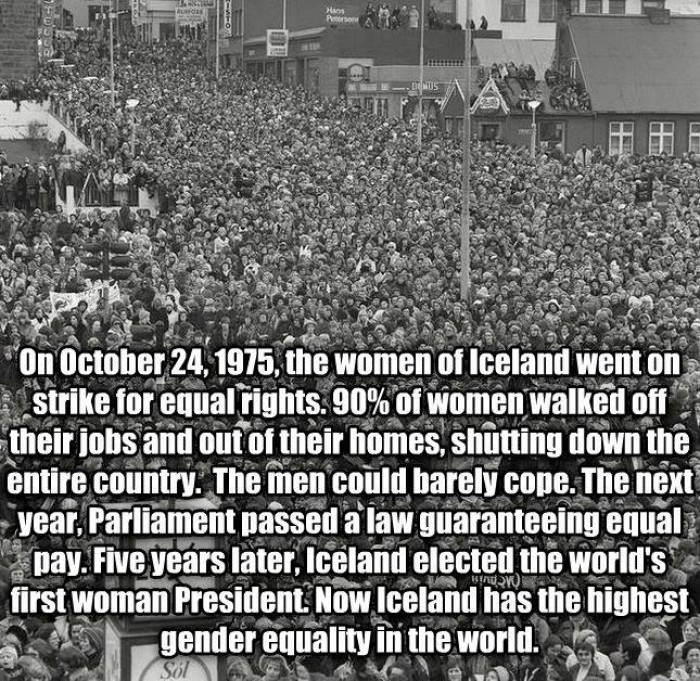 On October 24,1975, the women of Iceland went on strike for equal rights. 90% of women walked off their jobs and out of their homes, shutting down the entire country. The men could barely cope. The next year, Parliament passed a law guaranteeing equal pay. Five years later, Iceland elected the world's first woman President. Now Iceland has the highest gender equality in the world.

International Women's Day History:
On Oct. 24, 1975, 90% of Icelandic women went on strike, refusing to do any work at their homes or their jobs. It was the largest demonstration in the nation's history and shut down the entire country. Airports were closed, schools were closed, and hospitals couldn't function. The strike had an immediate and lasting impact. The following year, Iceland's Parliament (now half women) passed a law guaranteeing women equal pay and paid maternity leave. Four years later, Iceland elected the world's first female President. And today, Iceland has the highest gender equality in the world.